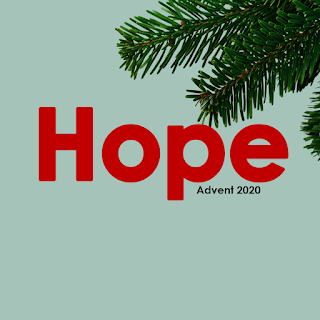 This post is part of a series of reflections on Advent.
You can read the first post here: 33 DAYS AND COUNTING.
It's the first Sunday of Advent, and I'd like to kick of this special time of year by talking about divorce.  Merry Christmas.  Ho ho ho.
Though my parents were married more than forty years when my father died, both of their parents were divorced.  Technically, my mother's parents were only legally separated, but they were functionally divorced with no intent to reconcile. My father's parents on the other hand were legally divorced. As the story has been told to me, my parents had married Thanksgiving weekend, and it was their first Christmas that my grandfather announced he wanted to divorce my grandmother. This was a decade before I was born, and obviously not one of the stories you ask to be told at bedtime, so some of the details are missing. Growing up, when I would think of my grandfather coming home one day in December to tell his wife of twenty years that he met someone new, my heart grew sad for my grandmother. My grandfather would stay married to his second wife until he died almost fifty years later, and my grandmother did everything in her power to avoid them. Even though she herself would go on to have a "special friend," they never married. It seemed she never could move past her identity as a divorced person.
The funny thing about our disassociation between divorce and Christmas, is that the Biblical Christmas story actually describes a couple's intent to divorce. Mary and Joseph's story is salacious. The couple was technically engaged, but legally committed to each other when the unexpected happened:

This is how the birth of Jesus the Messiah came about: His mother Mary was pledged to be married to Joseph, but before they came together, she was found to be pregnant through the Holy Spirit. Because Joseph her husband was faithful to the law, and yet did not want to expose her to public disgrace, he had in mind to divorce her quietly. (Matthew 1:18-19, NIV)

Joseph doesn't always get much attention when we read about Christ's birth.  Like many dads, Joseph lived in the shadows of everything else going on around him: angels, shepherds, wise men, a government census, and the plot to kill his wife's child. It's easy to to miss Joseph in the grandeur of the story, but initially Joseph was struggling to find balance between his faith and love. In verse 19 we read that Joseph intended to quietly divorce Mary because he was "faithful to the law, and yet did not want to expose her to public disgrace."  As He often does, God had other plans.

But after he had considered this, an angel of the Lord appeared to him in a dream and said, “Joseph son of David, do not be afraid to take Mary home as your wife, because what is conceived in her is from the Holy Spirit. She will give birth to a son, and you are to give him the name Jesus, because he will save his people from their sins.” All this took place to fulfill what the Lord had said through the prophet: “The virgin will conceive and give birth to a son, and they will call him Immanuel” (which means “God with us”). When Joseph woke up, he did what the angel of the Lord had commanded him and took Mary home as his wife. But he did not consummate their marriage until she gave birth to a son. And he gave him the name Jesus. (Matthew 1:20-25, NIV)

The first week of Advent is about hope. Joseph found himself in a situation without hope, and so he planned to resolve the problem as best he could. He was going to "send Mary away secretly" as the NASB translates verse 19.  When God sent His angels to Joseph, the situation changed; Joseph had a reason to hope. He could live in the hope that his wife had not been unfaithful to him.  He could live in the hope that her child was the promised Savior.  Let's just be real here, he could even hope for the day he would consummate his marriage. Because Joseph chose to live in the hope God offered him, he was part of the greatest story ever told.  All because he allowed himself to have hope.
If this post finds you, like Joseph, trying to make the best of a situation you never anticipated... look for hope.  We cannot always immediately have that thing we are waiting for, but we can always wait in hope for it.  Romans 8:24-25 (read it HERE) reminds us that hope only exists in absence.
Hope beyond reason.
Hope beyond measure.
The next post in this series can be read here: PEACE AND TWO DREAMS.
at November 29, 2020

Email ThisBlogThis!Share to TwitterShare to FacebookShare to Pinterest
Labels: Matthew