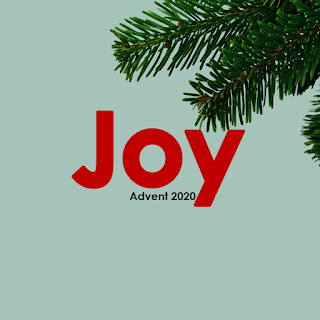 This post is part of a series of reflections on Advent.
You can read the first post here: 33 DAYS AND COUNTING.
Christmas 2006 was especially meaningful for me. I connected with the story of Christ's birth in a way  I never had before.  Like Mary, I was "great with child" (Luke 2:5, KJV). The idea of traveling across country or giving birth in a barn, though remote possibilities, seemed less festive and more concerning to me. Fortunately, neither became a reality, and I gave birth to my 9 pound, 14 ounce, two-week-early baby in the place and manner we had prepared for. Every birth story is special, including the two that are part of the Nativity in Scripture. Rightfully, we focus on the birth of Christ, but His birth is actually preceded by an equally amazing birth: the birth of John. Why is it so amazing? I'm glad you asked.

It Reminds us of the Error in Human Judgement
Both of them were righteous in the sight of God, observing all the Lord’s commands and decrees blamelessly. But they were childless because Elizabeth was not able to conceive, and they were both very old. (Luke 1:6-7, NIV)
We are introduced to Zechariah and Elizabeth with three primary pieces of information; they were righteous, they were childless, and they were old. All three are important to know about them because it sets the stage for the miracle that was about to occur. It was commonly believed that childlessness was the expression of God's punishment, as is similarly seen in John 9 when the disciples asked Jesus if it was a man or his parents whose sin caused his blindness. However, Luke's account makes it clear that their childlessness was not a result of God's wrath, instead stressing their holy qualities. Not only were they both from the family of priests, they had kept all God's laws - and kept them well. We read this story with the benefit of hindsight, knowing that, just like the blind man, "this happened so that the works of God might be displayed in him" (John 9:3, NASB).
It Reminds us that God Can Use any Tradition
Once when Zechariah’s division was on duty and he was serving as priest before God, he was chosen by lot, according to the custom of the priesthood, to go into the temple of the Lord and burn incense. (Luke 1:8-9, NIV)

My husband likes to tease me by calling me "Anthropologist Amie" when I share tidbits I learn about historical culture. Most of the information is useless, but it fascinates me. Anthropologist Amie would like to point out to you that the priests' tradition was drawing lots to decide who had temple duty. In my church's tradition we nominate leaders and let church members vote for key leadership roles. Is one better than the other? Voting is certainly more in line with our American culture, but it is clearly not the only way. This feels like a powerful fact in 2020, perhaps more than it has in any previous year.  Over the past nine months we have done many things differently in churches around the world.  Our traditions have swayed, shifted, and stopped, but God is not in the tradition.  The tradition is just one way to express our adoration to God.


It Reminds us of God's Timing
But the angel said to him: “Do not be afraid, Zechariah; your prayer has been heard. Your wife Elizabeth will bear you a son, and you are to call him John." .... Zechariah asked the angel, “How can I be sure of this? I am an old man and my wife is well along in years.” (Luke 1:13,18, NIV)

How long had Zechariah prayed for a child?  Perhaps a more interesting question is, was he still praying for one?  Because Zechariah responds in the way he does, it sounds like he lost all hope of having a child. The Greek word that translates "be sure" in the NIV is GINOSKO, and it expresses a deep, intimate knowledge.  For Seinfeld fans, it's not too different than the Hebrew word YADA, as in He knew his wife.  In fact, in verse 34, Mary asks the Angel how she could be pregnant because she has never known (GINOSKO) a man.  I am not suggesting that Zechariah was asking the angel how to have sex with his wife, but instead, it shows the doubt Zechariah had that this would be something he would see up close and personal in his own life.  By earthly measures, his opportunity had passed, and Zechariah was well aware of that.  However, as the Bible models over and over again, God doesn't just do things, He does them at the right time.  If God had answered Zechariah's prayers at any other point in his life, John would not have been able to be who he was in Christ's life.


It Reminds of the Role we Play
After this his wife Elizabeth became pregnant and for five months remained in seclusion. “The Lord has done this for me,” she said. “In these days he has shown his favor and taken away my disgrace among the people.” (Luke 1:24-25, NIV)

Scholars can debate whether Zechariah played an active role in getting Elizabeth pregnant. Though God's miraculous power does not limit Him from enabling Elizabeth from getting pregnant without the help of her husband, scripture only tells us that one of these pregnancies (Mary's, not Elizabeth's) was by divine impregnation.  I choose to believe that Elizabeth got pregnant the old fashioned way. Zechariah and Elizabeth worked to see the promise fulfilled, but they gave credit to God for accomplishing it.
How many things in my life have I failed to give God credit for because I see the obvious work that I put into accomplishing them?  Too many to count.
So as I turn my eyes past Advent, to look at whatever may come my way, I choose to give God the credit now, even before life's next bundle of joy has been conceived in me.
The next post in this series can be read here: TWO PERSPECTIVES ON LOVE.
at December 13, 2020

Email ThisBlogThis!Share to TwitterShare to FacebookShare to Pinterest
Labels: Luke