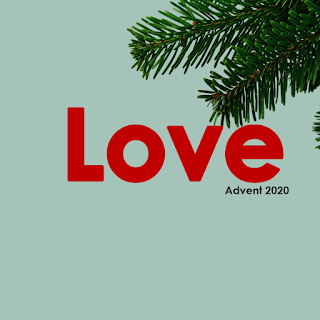 This post is part of a series of reflections on Advent.
You can read the first post here: 33 DAYS AND COUNTING.
And she gave birth to her firstborn son; and she wrapped Him in cloths, and laid Him in a manger, because there was no room for them in the inn.
(Luke 2:7, NASB)
Greater love has no one than this, that a person will lay down his life for his friends. (John 15:13, NASB)
How to love, as with most things in life, is part instinct and part experience.  From an early age we are taught ways to express love.  Some families are affectionate, and some are not.  Some give lots of gifts, while others put more value in spending time together.  (For more information on ways to express love, I highly recommend The Five Love Languages by Gary Chapman.)
My family was never especially affectionate. I don't remember cuddling or holding hands, and hugs weren't frequent.  In fact, my sister has reminded me more than once of the time I refused to hug her.  One Christmas, as we left my grandmother's house, I began the always awkward process of saying goodbye to my extended family with hugs.  These weren't the warm embraces I now give friends I haven't seen in a while.  To me, these hugs were just what we were expected to do; they were obligation.  As I worked my way around the room, I arrived at my sister, who instead of hugging, I told "I don't hug people I see everyday."  My comment, though out of place, was true.  We didn't hug everyday.  And in my early adolescent years, I could not make sense of why that day should be any different.
I've heard many people speak of seeing the variety of people as a testament to God's creative nature.  I understand this sentiment, but it's challenging for me.  Sometimes it feels as if we are a piece in a jigsaw puzzle, with each piece needing to connect in just a certain way for things to work out.  Those who have connected, or begun the process of connecting with other pieces, are optimistic.  They see their purpose or at least feel they have one.  Those who are still laying in the pile, though no less important, see things negatively. Could it be that our ability to love and be loved hinges greatly on this point of view?
The Christmas story, too, offers the opportunity to viewed from two different perspectives. The story most know begins with a young woman singing out "my soul magnifies the Lord!" (Luke 1:46). It progresses with a trip across country and culminates with the sweet scent of a new born baby and the star that shined so brightly.  The other reading of the story is very different indeed. It begins with asking God "why me" followed by months of rumors surrounding the unwed soon-to-be mother. An inconvenient census leads this girl to birth her child while the stench of a barn fills her nostrils with each deep, labored breath in the darkness of that night.  It is either the story of homeless refugees who fled for their lives or the generosity of the strangers who welcomed them in. We see either gold, frankincense, and myrrh or tears, blood, and dirt.
My younger son suffers from abdominal migraines.  His episodes have been intermittent over the past five years with more than one trip to the emergency room when the attack was more severe.  I thank God that they seem to be occurring less frequently.  He has only had one minor issue this year, but this morning I woke early from the bathroom light shining down the hallway and under my bedroom door.  It had been on for a while, but in my sleepiness I could not make sense of it until I heard the all too familiar voice at my door "Mom!  I feel lightheaded" as he dropped to his knees, crawling back to the toilet.  He had already taken his medicine and waited uncomfortably for the pain to subside. I sat beside him in the bathroom, rubbing his back and handing him toilet paper to wipe his mouth.  When the worst of it had passed (meaning, after he had thrown up), I got him some water to wash out his mouth.  I made the couch comfortable for him to lay down and watch television.  I got him crackers and sat with him until he fell asleep again. There was little I could do for him except lay down my plans for the morning for his needs.  And, ultimately, I was able to still accomplish the other items I needed in a timely manner.
In John 15, when Christ said that laying our life down for someone was the greatest expression of love, it is understood that He was speaking of His coming death.  Yet, we are only able lay down our life in that final way once, and quite frankly, many of us do not get the chance to approach our death with enough forethought to be that significant.  However, we have opportunities every day to lay ourselves down in our living. In so doing we teach others what true love.  Even Christ had been modeled this kind of love from His earthly beginning. When Mary laid Him in the manger, she was also laying down her own life.  It was not an obligation; it was an honor. May we be as wise.
at December 20, 2020